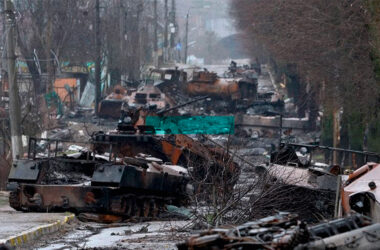 West Pledges To Punish Russia Over Civilian Killings In Bucha

BUCHA, Ukraine, April 4 (Reuters) – The United States and European countries pledged on Monday to punish Moscow over civilian killings in northern Ukraine, where a mass grave and tied bodies of people shot at close range were found in a town seized back from Russian forces.  The deaths in Bucha, outside[Read More…]