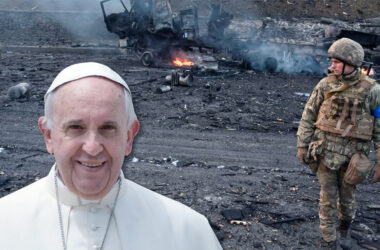 VATICAN CITY, March 27 (Reuters) – The threat of a global conflict spawned by Russia’s invasion of Ukraine should convince everyone that the time has come for humanity to abolish war before it abolishes humanity, Pope Francis said on Sunday. “More than a month has passed since the invasion of Ukraine, since the start of this cruel and senseless war, which, like every war,[Read More…]