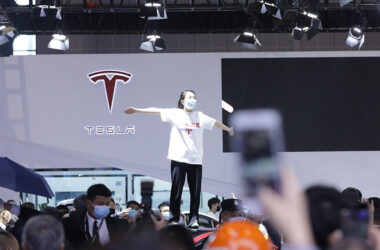 An unhappy customer who invaded the Tesla booth at the Shanghai auto show by clambering atop a car in protest, creating a social media stir and prompting an apology from the company, will be detained for five days, Shanghai police said on Tuesday. Police said the woman and a female[Read More…]